Myths and Legends about the Gold of the North

The various nations wove numerous legends and myths into origin of amber. Greek myth tells of Phaeton, the son of Helios, the God of sun. One day Phaeton managed to convince his father to allow him to drive his horse – drawn sun chariot down the firmament. The father agreed, but as soon as the horses felt that the charioteer was inexperienced, they bolted. As to prevent damage, Zeus was forced to strike Phaeton with a lightning into the river Eridanus (Po). Phaeton’s sisters, Heliades, lamented his fate, so Dzeus being merciful turned them into trees. Grieving, they kept crying, and their tears became amber.

There is also a legend, which tells that in ancient times there were actually two suns in the sky. Eventually the gods decided that two suns could not shine from the sky and sent one of them down into the ocean where it got cool and solidified. Then it hit the bottom of the ocean splintering into thousands of fragments. Since then plenty of fragments of the sun (amber) in various sizes have been washed ashore. Another legend states amber is a hardened sea foam, dissolved by the heat of our luminary heavenly body. Other myths claim that the amber is the petrified roe of mysterious fish, or petroleum that has solidified in sea water, or, perhaps, even the sacred resin which the gods inadvertently let slip.

But the most romantic legend is the Lithuanian people‘s legend of an unhappy love between goddess Juratė and fisherman Kastytis. The God Perkūnas, learned a mortal son of the earth dared to touch the Goddess of the Baltics, threw down a bolt of lightning, which shattered the amber palace on the bottom of the sea and drowned Kastytis together with his boat. Ever since waves have been washing ashore pieces of amber - fragments of the palace and after storms the shore is strewn with smaller pieces - Jūratė's tears that she is still mourning. 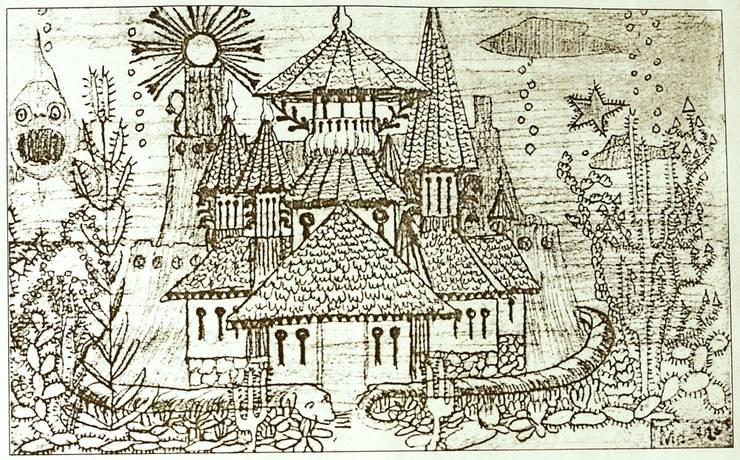 In all the legends amber is a piece of news from the past containing a certain hidden meaning. Many people try to read the “message” – and every nation does it in its own way