In search for Amber Until the 13th century amber was gathered on the sea coast, later on local people learned to fish it with long-crested landing-nets in the sea. Usually people worked at night time: they used to light up pitched barrel on a high hill or in the tree to brighten the coast. After some time people began to fish amber with special nets and hooks in shoal places. Fishers of the Curonian lagoon gathered amber from the bottom of the sea with kesele – from double bottomed boats with net and hooks people broke the bottom of the sea and moved pieces of amber. They were lifted from the bed of the sea and got to pulling out net. This gathering of amber was used only in the Curonian lagoon. 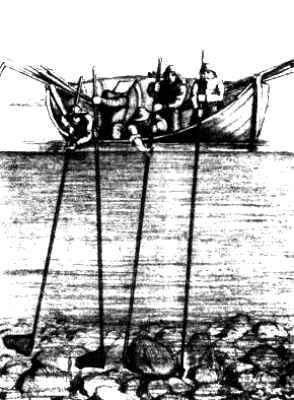 However, it was not always allowed to gather and fish amber. In the 13th century amber extraction was monopolized by crusaders. Local people, who used to gather and sell amber for many years, lost their right to do that – all collected amber was given to authorities. It was even forbidden to walk by the sea side. Later in Prussia, until the beginning of the 19th century, there used to be special Amber Court, during which people were cruelly punished for amber stealing. 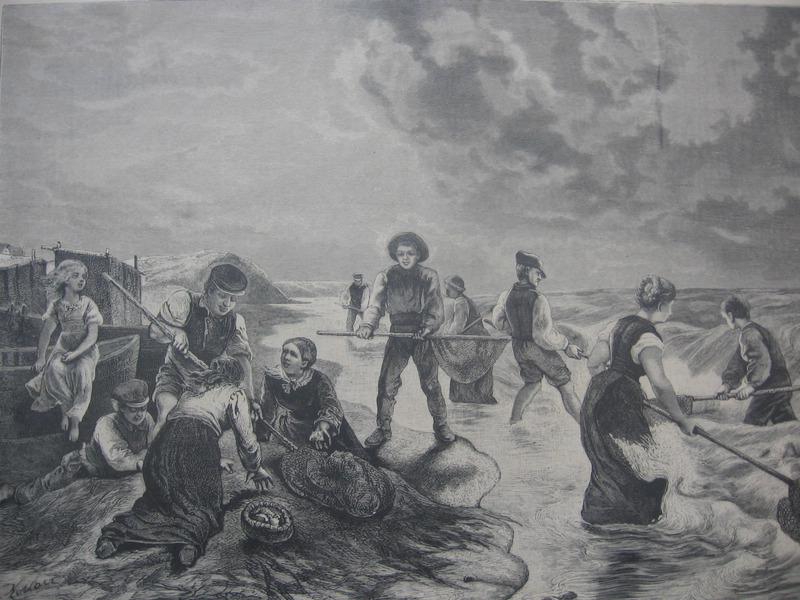 Amber hunters on the coast of Baltic sea

Since the beginning of the 17th century and especially during the 19th century, when diving costume was invented, divers simply collected pieces of amber from the bed of the sea.

Later on amber was dug out mechanically by steam suction dredgers in amber mines.

Today amber fishers gather amber on the coast of the Baltic Sea near Karklė or Melnragė. However, luck does not smile all the time. Amber is only thrown in piles of polished sticks from the sea (the bigger are the sticks, the more possibility to find amber, shells, different remains of sea animals and plants). The best throw is after big storms, when streams move amber deposits from the depth of the sea. 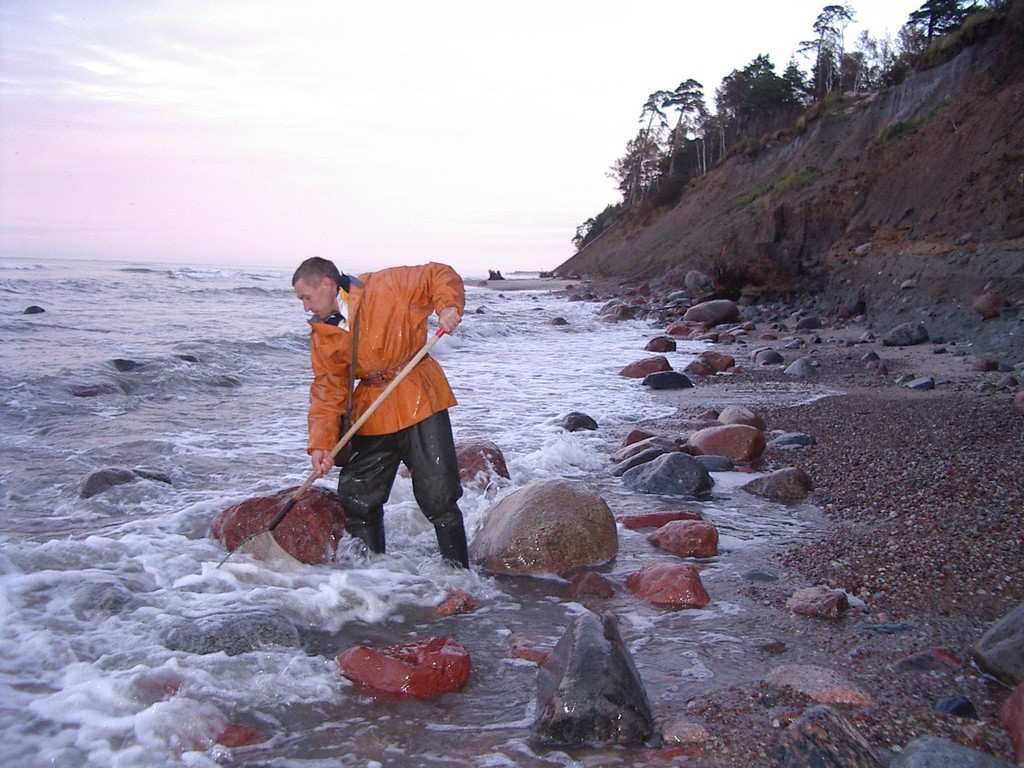